The Labor Day weather looked good for an East Tampa country backroads ride, so 5 of us hopped on various bikes and headed to Sebring, Florida.

We all met in the small town of Parrish at 9:30 and the weather was indeed looking good.  It wasn’t quite 85 degrees yet and no chance or rain or thunderstorms until later in the afternoon.  But this is unpredictable Florida, so....

I was on my Triumph Rocket III; Paul and Ralph were on a couple HD Street Glides; Beau was on a nice Indian bagger; and Tom rode his sweet BMR R1100GS.

We headed out Eastbound on the 62, then took Fort Green Road to the tiny town of Ona.  On that lonely stretch, Ralph got a little frisky on his new HD and hit 118 MPH to test it out.  I might’ve pushed my big Triumph a bit, too...

We passed through Zolfo Springs and came up from the south of Sebring, riding along Lake Jackson, the biggest of the many lakes in the area.  We met a friend, Cosmo, on his new/old Road Glide, at a Mexican restaurant.  He’d ridden up from a Punta Gorda.

We talked bikes and guns and politics and COVID19 over $1 draft beers and tasty chow.  What a great time that was.

Ralph wanted to see the famous Sebring Speedway, so we rode about 10 miles out to the track.  We’ll definitely have to come back when they’re racing.

From there we decided to ride back.  However, the weather showed up early, like we suspected it might.  Everything north and west looked ugly, so I detoured from the route we’d planned and headed south to miss the rain.   Spoiler alert: We did not miss the rain.

Riding west on Highway 66, referred to as the Cracker Trail, we hit alternating bands of light and heavy rain.  We then rode west on the 64.  At one point, the sky was so dark and the downpour so heavy that I could barely see the road ahead of me.  Still, we rode on hoping to get through it.  The rain finally stopped and the sun came out just about when we reached the outskirts of Bradenton.  And in another 10 minutes, I was almost completely dry.  That’s Florida for ya!

I waved as Paul and Ralph headed south and Tom and Beau went north. Those last two riders hit a major thunderstorm coming into Tampa and had to wait it out under cover. 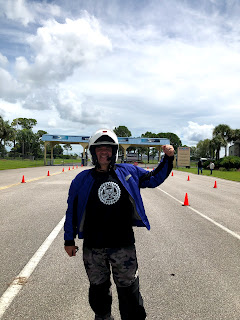 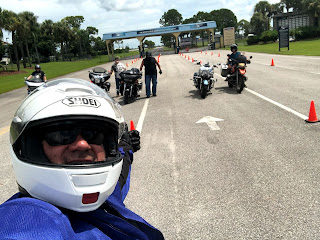 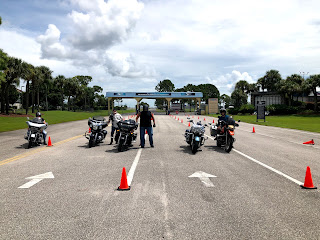 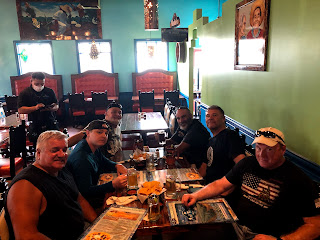 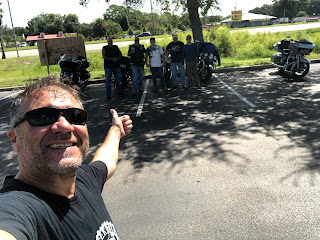 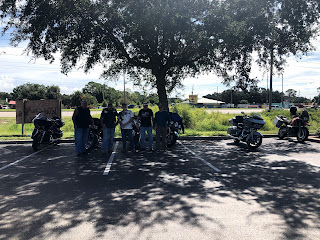 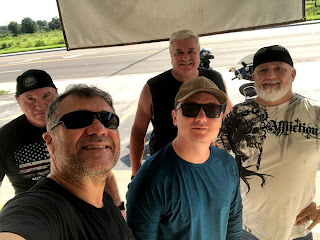 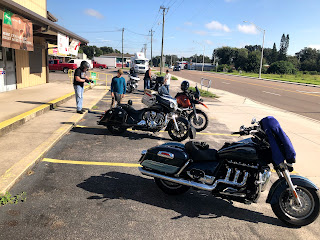 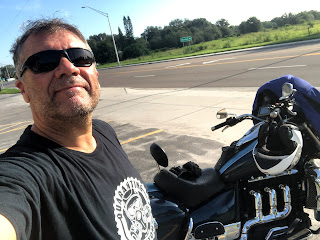