The question was raised....(Otay Mountain Truck Trail to Tecate?)


I think I was cursed. By Indians.

By Indians. Cursed. I cut down some sycamore trees on Indian land recently and I don't think I should've. I've been sick ever since. I think I was cursed.

You do sound bad.

And so began a day of riding the trails off of the Otay Mountain Truck Trail, trying to get to Tecate (either one) via the elusive "secret and/or hidden" trail.

The question was raised as to the existence of such a trail. I "thought I'd seen it on an old map and once, while out riding with The Kug, a border patrol agent told me the "thought" it was possible on a motorcycle. The die had been cast.

My little brother actually tried to find it in the early 80's. He was on a KLR250 and there wasn't much of a fence. The border, to him at that time, was more of a suggestion and--to the consternation of the border patrol agents--he was prone to crossing back and forth at odd hours, often with cases of Mexican beer on his tank.


So, back to the beginning: A fellow SDAR member who knows the area well -- Reximus -- was in. Like me, he scoured maps in the hope of finding said trail.

We met near Jamul on Memorial Day. When Rex pulled up on his XR650, I knew we were in for a good time. It's been years since I kicked over a bike...

As I suspected, Rex was very familiar with the area. He suggested we enter off the 94 at Marron Valley Road and look for a suitable route from there.

As we passed the South Bay Rod & Gun Club, we heard the pops and booms of gunfire; and there were others shooting just off the truck trail as we rode by. It looked a little busier than usual.

On a side note, we saw a rider on a very pretty little BMW 1150GS...just out riding the trails.

Although we saw lots of border patrol agents who waved as we rode by, we encountered no locked gates. Win-win!

Almost right away, we found a trail leading into the hills off the main road; this was our starting point. We climbed higher in elevation on a well-graded road that appeared to have seen some recent rain damage in some places. It was an easy to follow trail.

After 2 or 3 miles, we came to a rough trail that we'd seen on Google Earth maps. It was more of a walking trail or an old animal trail that climbed high into the hills.

It was clear that Rex was there to ride.

It was a worse than I first thought. Extremely rough: washed out, rutted with deep channels. I made it only a few hundred feet; Rex made it quite a bit further. He told me he crashed, but I didn't see it.

He kept riding, higher and higher. For a moment there, I thought we'd located the holy grail of east county riding! But as I saw Rex returning, I could tell that it was not to be.

OK, fine. We then resigned ourselves to riding some of the other trails in the Tecate area. We exited at the 94 past Barrett Junction and headed up the 94 toward Tecate. Just before town, off the 188, we pulled off the road and headed west across fields and into the low hills. Soon enough, I could see that the steep trails had been washed out and took a little maneuvering to get around.

At one point, we reached a killer hill and Rex gave me a look.

"It's probably not as bad as it looks."

And off he went. It was something to watch. His XR is made for that stuff.

He reached the top after some motorized acrobatics.

He yelled down that it was pretty ugly.

I yelled back that I'd go around the hill and meet him on the other side.

For the record, I could've done this with my big Katoom. Really. And it might've been fun on a bike half the size of my big girl...

I found my way to the back side of the hill Rex had just conquered via some small trails. At a high plateau, I sat and waited along with some border patrol agents who were watching the border fence a short ways away. What a nice view of the Tecates.

Rex and I met up in the middle and continued riding some more of the trails. Having to get back to town, we finished the ride by racing along the Mexican border, our helmets just at the height of the fence.

We hustled back to town along the 94, in good spirits, even though we'd failed to locate the trail joining the Otay Truck Trail and Tecate. After we'd said goodbye and headed different ways, I realized I'd forgotten to ask if the Mexican dirt had removed -- or at least lessened -- the Indian curse.

That's to be seen. But I can assure you that the case of the elusive trail can now be closed. 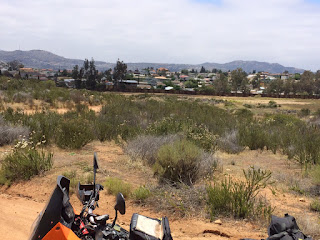 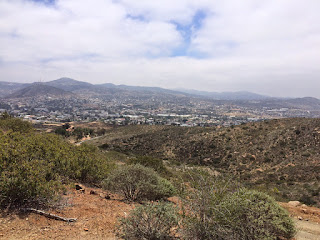 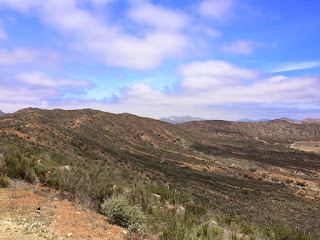 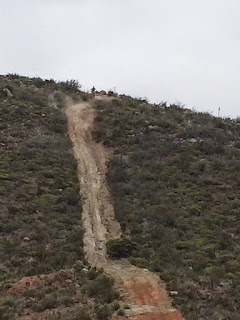 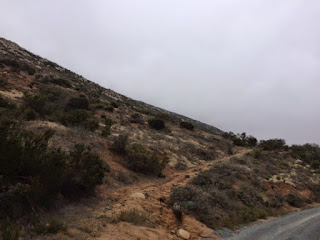 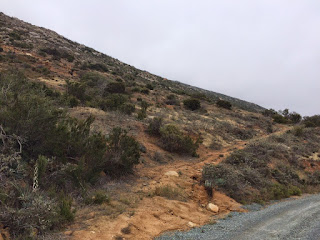 Cruising around Tijuana on a Cop bike 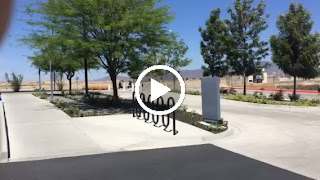 So I was in TJ yesterday and had an opportunity to cruise around the city on a Tijuana PD motorcycle.

Thanks for not giving me a hard time about ATGATT...
Posted by Dan Diego at 12:22 AM 1 comment: