It’ll be like herding cats, that much is a given...

I’ve been wanting to visit the Barber Motorsports Museum outside of Birmingham, Alabama, for some time now.  I asked a few of my local riding buddies if they’d be interested in a 5-day road trip to see it and received an enthusiastic, “Heck, yeah!” from everyone.

But let me back up a bit...What’s the Barber Museum? 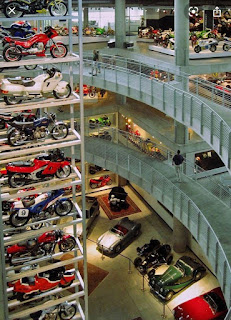 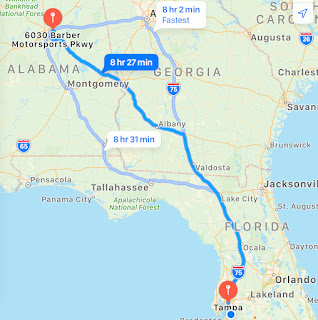 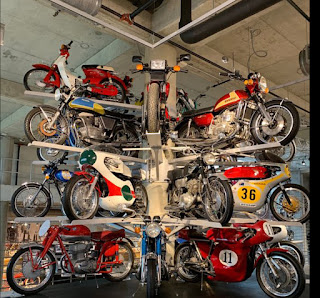 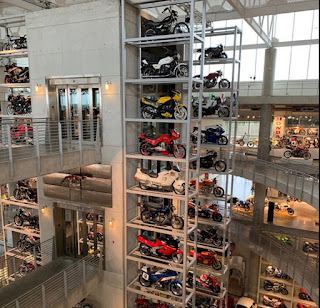 In 1988, a wealthy guy named George Barber—who’d had quite a bit of success racing Porsches in the 60’s—set out to  to create the world’s “best and largest” motorcycle collection—and the Barber Vintage Motorsports Museum was established.

The museum is home to over 1,600 motorcycles that span over 100 years of production. More than 950 bikes can be seen on any given day, and 200 different manufacturers from 20 countries are represented in the collection—from Harley-Davidson, Honda, and Indian—to Showa, DSK, and Cagiva. In April 2014, Barber was officially recognized by Guinness World Records as being the world’s largest motorcycle collection.

And it’s not just bikes—the Barber is home to many cool, exotic cars.  (But we’re motorbike enthusiasts and are going mainly to see those.)

The museum opened to the public at its original Southside Birmingham location in 1995. In 2003, it moved to its current location in Leeds (east of Birmingham). The 880-acre site is a sprawling complex that includes the museum, a racetrack and a world-class proving ground.

With all of that in mind, I did some research and came up with some dates for a 1,200-mile round trip Spring ride from Tampa to Birmingham and back in the first part of March.

The bikes and riders couldn’t be more varied: A handful of BMW GS’,  some Harleys and an Indian.  And we all love to ride and look at bikes.  So far, 4 of us are scheduled to go, with 4 others possibly joining us.

So that’s it in a nutshell.  Let the planning commence.

Billy Shakespeare was correct when he said parting is such sweet sorrow. And it’s not even bittersweet, as there’s not much good about losing a beloved bike. I’ve owned it since September 2016, and without a doubt it was the absolute best KLR I’ve owned. It took me to so many cool places...

Anyhow, I sold the Eagle Mike Special Edition Gen 1 KLR today.  The young man who bought it flew down from Georgia last night and picked up the KLR this morning.  He packed his stuff on the back and is now on the road....riding 500 mikes back home.

I suppose the saving grace in this whole transaction is that the bike went to a guy who can truly appreciate it.  He researched it and chose it among several others he was considering buying.  And that makes me feel good. 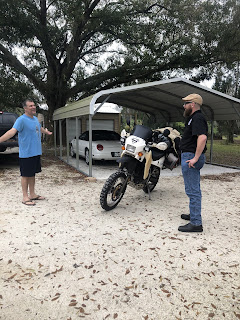 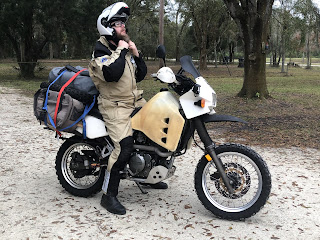 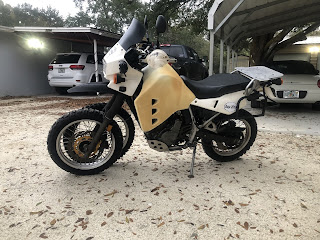 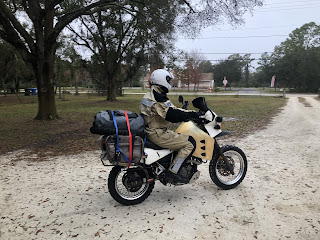 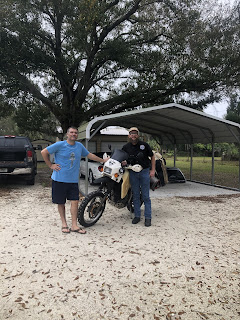 As a follow-up, I received this photo from a KLR site.  I couldn’t be more proud of the new owner! I’m happy this bike is being ridden like it deserves.  Bravo, sir! 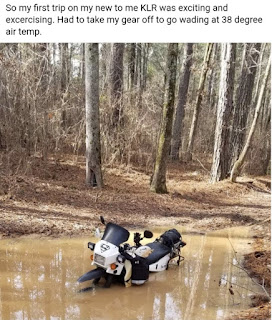