I’d committed to a longtime dream I’d had about riding the Pan Am Highway from the Mexican border to Ushuaia at the tip of Argentina. A friend and I had made solid plans to depart in August 2018...but I broke my leg in December 2017 and the ride was postponed.

We planned to depart in July 2019 instead... but I’m early 2018, my former employee called me back with an offer I couldn’t refuse...just like in The Godfather.

So I’m working again as I tentatively re-plan the Big Ride. To my friend’s chagrin, it looks like it’ll now be a departure in Summer 2020. By then I should be work-free, my leg should be well-healed and we should have all plans ready to roll.

I know, that’s a lot of “shoulda” but those are the plans as of now... 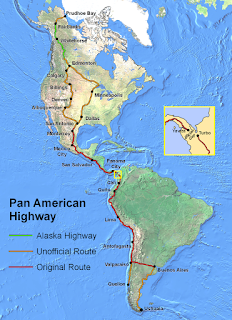