Back on 2 wheels after 4 months!

As some might know, I had some ankle surgery in late August and took some time off work to recuperate.

While incapacitated, I added another bike to the herd, a Gen 1 KLR 650; I'm a sucker for those bikes...

Anyhow, when the cast came off in December, I vowed to get back on 2 wheels as soon as I could. I began walking with a limp but no crutches. In early January I felt well enough to hobble over to my bike and said, "Well, I may as well try."

A friend wanted to join me for a "mostly" pavement ride, so off we went.

Here's a write-up of that half-day ride: http://dualsport-sd.com/forums/index.php?/topic/22692-double-d-and-the-slut-ride-of-recuperation-this-time-its-personal/

So, after 4 months of not riding, I was able to ride all the bikes in one weekend: The KTM 990 ADV, the big girl (my Triumph Rocket III) and my KLR.

As any of you who've been off your bikes for any amount of time will understand, it was a good feeling being being bars again! 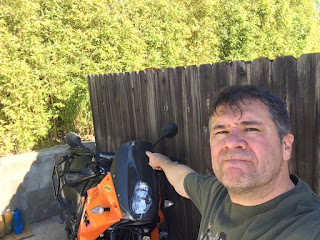 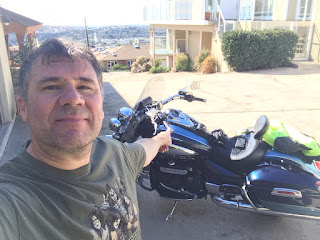 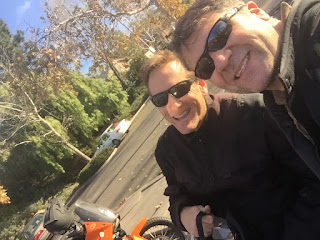 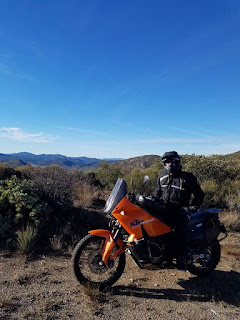 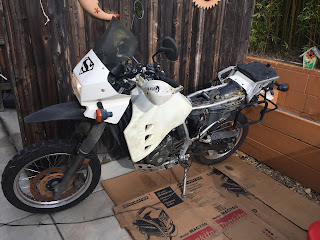 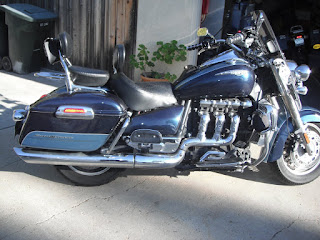 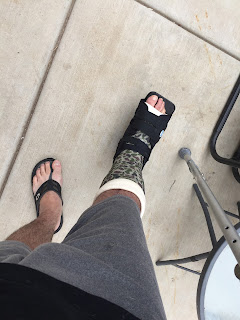