Well, it’s gone.  It’s bittersweet, really. If you’ve sold a bike you’ve really loved, you’ll understand.  I needed to thin out the herd of bikes (down to 4 from a recent 8) and I just listed them all on Craigslist and the R3T was the first to go.  Ah, but the memories...

Back in 2008, I had a Kawasaki Nomad 1500. And while on a ride in Montana, I told a friend I wanted a new bike...but something different, unusual, that not everyone had. He told me I should look at the Honda Rune, a big Victory...or the 2300cc Rocket III.  Hmmmm, I started researching that right away.

I bought it new from Rocket Motorcycles in San Diego in 2009.  The crate showed up from England and the Rocket crew assembled it in their shop.  Boy, it was sure beautiful!

I rode that thing all over the lower 48, Mexico and Canada. There was just a few hundred miles over 60k miles on the odometer when I sold it and most of those were enjoyable miles.  Yeah, the big girl caused me some grief over the years—leaving me stranded more than once due to mechanical issues—but Triumph always stepped up and made it right.

And I guess the best part of the Rocket III experience was the people...fellow Rocket Captains I’ve ridden with or otherwise interacted with over the years—so many characters that made me feel like part of a family.  A weird, dysfunctional family, but a family nonetheless.

And she was a head turner, that’s for sure.  How many times did I pull into a parking lot full of ubiquitous Harleys and have everyone come over and ask about my Triumph? A lot!

The most recent big ride was to the Blue Ridge Parkway, Cherohala Skyway and Tail of the Dragon.  Been to Key West twice and across the US several times. Rode from San Diego to Michigan just for some free beer, then rode Route 66 back to check an item off a friend’s bucket list.  Took her off road a couple times, too! Didn’t want to but sometimes it was necessary in the middle of BFE.  She did fine for a 1/2 ton bike.

The silver lining was that it went to a good new owner.  The guy who bought it recently sold his 2007 Triumph Rocket 3 Classic because he wanted more of a long distance bike and his 240-series rear tire was never comfortable enough for multi-day rides.  He seems pleased.  And I totally understand why.

Well, that’s it, then.  As I start researching what’ll replace her, I sit here and smile, thinking of the wonderful memories this bike has given me over the past dozen years. 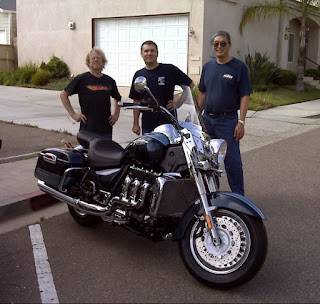 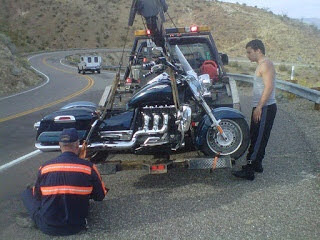 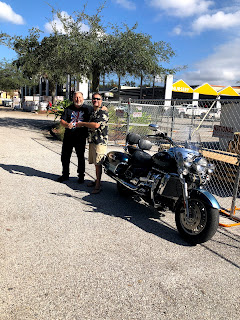 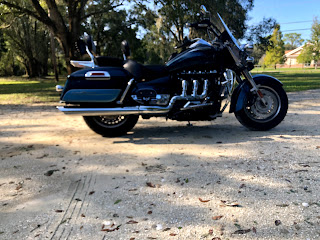 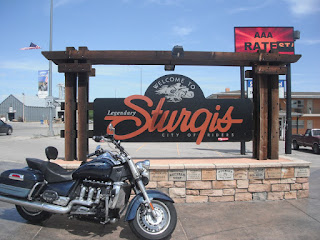