That was the underlying theme of the ride for the past 3 days.  And it really didn’t.

The ride was supposed to be Tampa to Crystal River where we’d stay for two nights.   A full day would be dedicated to exploring the small coastal communities of the Nature Coast/Big Bend area of Florida: Steinhatchee, Horseshoe Beach, Suwannee and Cedar Key.

Though the ride didn’t go exactly as planned—a bit of rain necessitated a slight detour—we all had a great time.  The bikes ran well, we all got along, we saw some spectacular scenery and met some nice folks.  We also ate well and downed a few drinks by the pool.

The guys I rode with were PGA Paul, Paul 2, Ralph and Joe.  The first three guys ride Harley baggers; Joe and I were in our BMW R1200GS/GS Adventures, though his has a cool sidecar rig.

This group has ridden a lot of miles together, so we are pretty comfortable riding with each other and hanging out after hours. Yeah, these guys are a lot of fun.

We left Wimauma, where we met on Monday, and took a really nice route through some back roads out east to Fort Lonesome, then north on Old 39 through Plant City.  From there it was just county roads to Brooksville and then into Crystal River.  A very nice day and a perfect way to start the ride.

The next day it looked like the weather was going to cooperate as we headed northwest toward Steinhatchee.  However, just about 20 miles into the ride— at about Otter Creek— we ran into a downpour—residual rain from Tropical Storm Fred.  We pulled over into an abandoned gas station to reassess the situation and decided to ride down to Cedar Key instead.  Most of us had been there but PGA Paul had not so it was a nice little ride.  Once there, we saw the town, had a drink and then took a different route back up to Highway 19.

From there we decided to skip the northern towns and head over to Yankeetown, which was south, between Cedar Key and Crystal River, and that turned out to be a really good decision. We found a great restaurant right on the Withlacoochee River.  After lunch we rode down to the gulf where we watched manatees playing in the brackish water.

From there we headed south, back to Crystal River, where we raced the Ozello Trail down to the gulf.  That was my third time on that cool little road and it’s still a lot of fun.

With that, we headed back to our cool, Old Florida hotel.  Right on the Crystal River, the pool was actually spring-fed and had a natural bottom…along with plant life and fish.  The 72 degree water felt fantastic after riding all day.

Instead of getting back on the bikes for dinner, we ordered pizza and Joe and PGA Paul went to get it in the sidecar.  Pizza and drinks with friends around the pool doesn’t suck at all.

The next day we packed up and headed back toward home.  We stopped for breakfast at the Florida Cracker Kitchen in Brooksville and it was just perfect.  From there we planned to take backroads back south but Ralph got caught up in traffic and lost us around the Richloam area of Tarrytown.  We all decided to just find our own ways back from there.

A couple hours later we all started receiving texts that we’d all made it back despite a minor snafu.

There aren’t too many things better than spending 3 days on motorcycles with good friends.  And we’re already planning our next ride.

The ride didn’t suck at all. 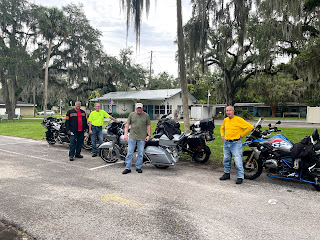 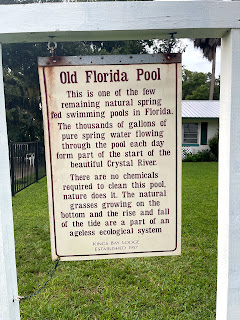 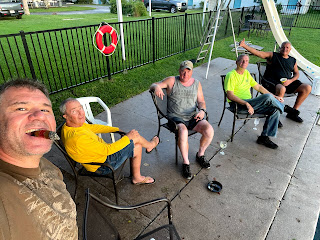 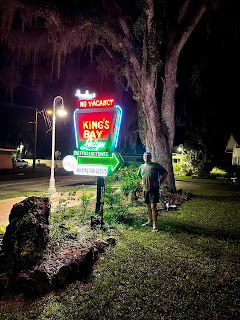 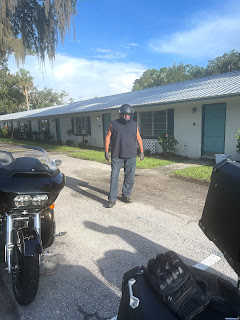 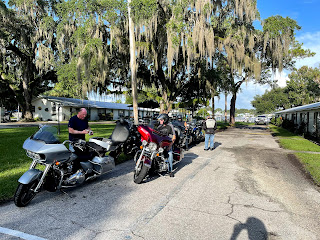 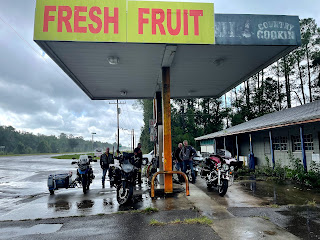 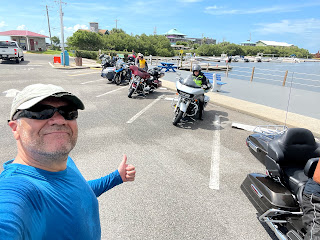 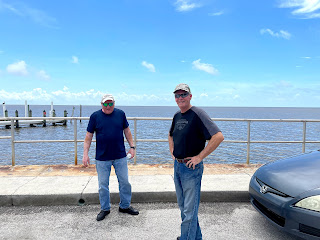 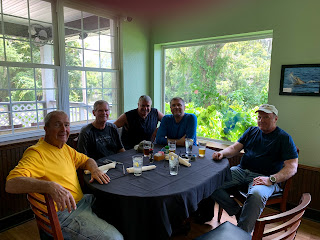 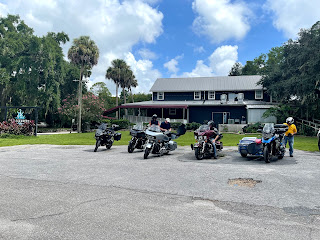 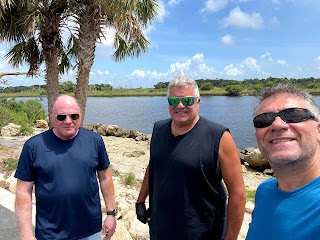 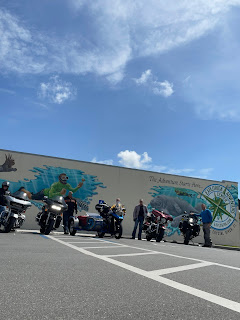 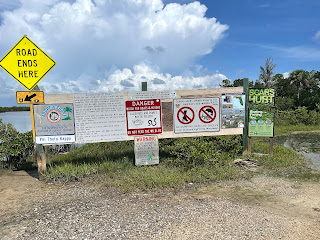 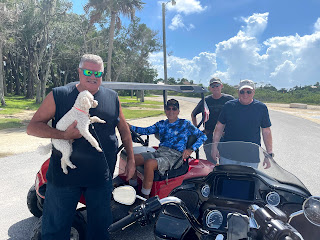 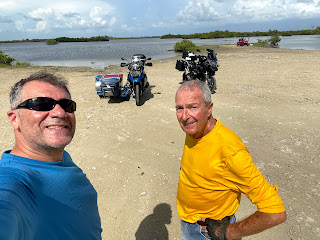 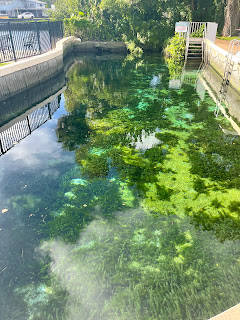 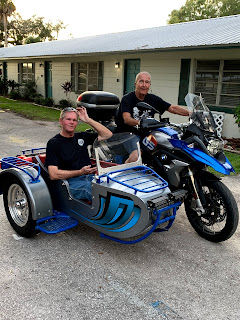 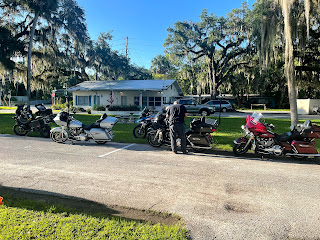 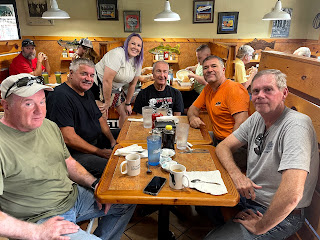 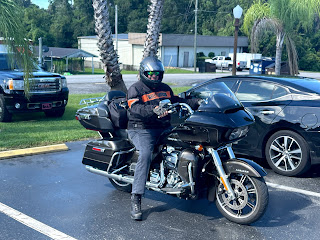 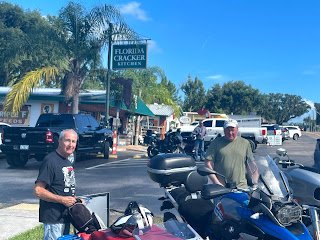