I’ve been doing some work on it: I had to get the carb cleaned up, I changed out the brake lines and pads, a rebuilt rear master cylinder and put on a larger front brake rotor… stuff like that. I’ll likely leave it fairly stock.  Or at least I won’t over-farkle it.

Anyhow, I wanted to get it out and see how my tinkering efforts have been going and so I took it on a multi surface ride today.  I got onto some new pavement, some old pavement, some very bad pavement, gravel, sand, hard pack dirt, mud and some deep water crossings. It did fine on all surfaces. I have those Tusk DS ADV tires front and rear and I really like them. Sure, they dance a little bit on the pavement but they do great everywhere else. 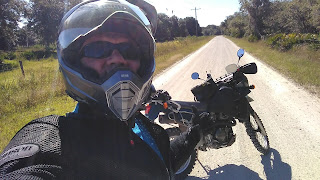 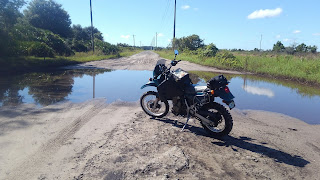 I went to through the small towns of Sun City Center, Wimauma, Fort Lonesome, Duette and Parish…a couple big loops really. I was just kind of testing out the different dirt roads that I could find. 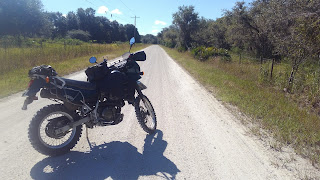 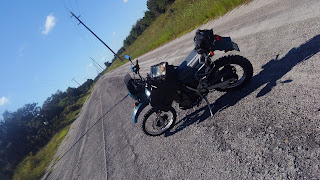 Today’s ride was only 75 miles total. My top speed was 95 per the speedometer, though it turned out to be only 91 per GPS. The bike cruised really well at about 75 MPH at 5000 RPMs and that’s where I like it. 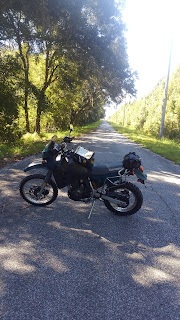 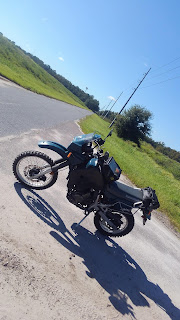 Anyhow, it was a very nice day to test out this bike and so far, so good.  I can see I still have to do a few things. For example, my boot wouldn’t get under the shift lever.  I’ve been riding around with flip-flops for the last couple months while I was working on it so I never had a pair of boots on; now I see that I do need to get an extended shift lever. 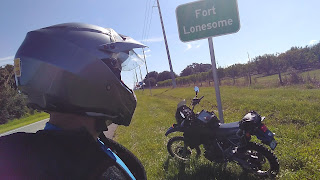 Now….to plan a decent overnight ride in some Florida backcountry!
Posted by Dan Diego at 7:49 PM