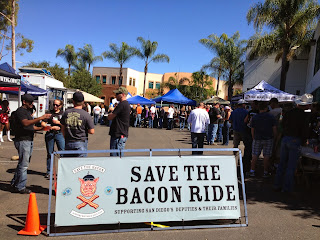 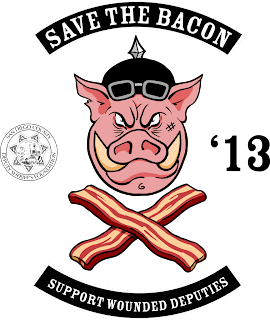 I participate in local charity rides every month or two on average. Mainly poker runs, but sometimes just a nice ride to support a good cause.

Yesterday I rode with a few friends in the Save the Bacon ride (http://savethebaconride.org/) in support of wounded Deputy Sheriffs. It was hosted by the Deputy Sheriffs’ Association of San Diego County and was sponsored by El Cajon (San Diego) Harley Davidson and Pure Forge Brakes.


I met 10 other riders -- including Pastor Jim Baize -- at a local church at 8:30 and we departed a few minutes later. 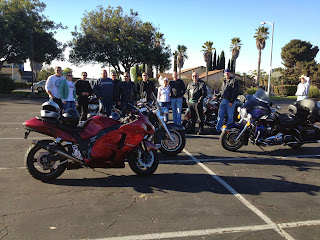 We arrived at the starting location (El Cajon Harley Davidson) before 9am and there were already hundreds of bikes. This was the first time that I had to park behind EC HD.

Someone announced, "kickstands up in 15 minutes" but we were so busy talking with friends that by the time we got to our bikes, the main group had departed with the police escort. No worries, we lined up and a slew of stragglers joined us. In all, I think about 15 bikes headed out.

We took the highway (instead of back roads) to catch the main group already en route to Julian and met up with them at the I-8 and the 79 exit.

The weather was nice (not too hot, in the mid 80's) but the winds were high, and by that I mean BLOWING. My big old pig of a bike didn't move much, but the Ducati, the Hyabusa and smaller HDs were pushed all over the place. I hear there were 30-45 MPH winds on the highway that day.

The route was a self-guided tour through the back hills and mountains of San Diego County. We enjoyed a beautiful ride through Descanso and Cuyamaca on our way to Julian. Since I know the area pretty well, Pastor Jim asked me to lead the group to our final stop.

Once I realized that several riders in our group had never been to the Apple Pie Capital of the US (if not the World), I suggested a slight detour to ride Wynola Road. Everyone was game and we rode back through the very busy town of Julian and through 3 miles of picturesque country roads on our way to the lunch site. It was good riding, no traffic and in no time we had passed through Ramona on our way to Poway, arriving at about 12:30.

Hundreds of other motorcycle enthusiasts were already enjoying chow, good conversation and a rocking band. I'll have to get the exact figure. 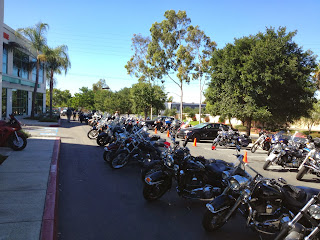 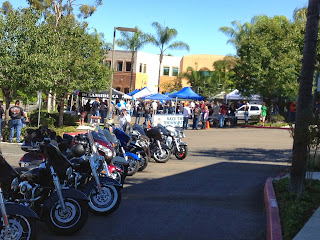 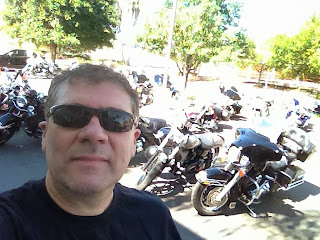 I missed last years (first) ride (“Ride for Ali”) that directly benefited Ali Perez and Craig Johnson, two deputies injured in a highly publicized 2012 gun battle. Hundreds of riders from the greater Southern California law enforcement community, as well as many motorcycle enthusiasts from our local community, came out to show their support. This year, both Det. Perez and Sgt. Johnson returned to help turn this amazing event into an annual fundraiser for the Critical Incident Support and the foundation.

It was a good time for a great cause!