Two Down Days in Anchorage

We had to get our bikes serviced—routine maintenance and some broken parts.  So we made appointments with two repair shops—The Motorcycle Shop for my European bike and the Alaska Cycle Center for Steve’s UJM (universal Japanese motorcycle).  To be honest, we received quite different experiences and that’s too bad.  Hey, there are worse places to be than Anchorage, Alaska…

We dropped them off early (on Tuesday afternoon) and picked them up today, a day later.  Both shops did the bare minimum that we asked and were unable to do any extra work. Steve had the fork seals, an oil change and a bolt replaced on his Honda Africa Twin; I had the 24k mile service—a whopper, really—done on my BMW GS Adventure.  They didn’t replace another bolt on Steve’s bike, nor did I have my front shock repaired or replaced.  Still, it was enough to get us going, so it is what it is.

We met up with an old friend for dinner—Dean, his wife and kids. It was just great spending time with Dean and his fam.  We spent the rest of the time catching up on other stuff and just relaxing.  Like my wife said, “You need to get off those motorbikes for a while.”  Fact.

While it’s true we’ve been living on whiskey and ramen, mostly, we did eat pretty well lately—Mexican, pho, local halibut.  Also, raspberries are in season and they’re growing everywhere.  Yum!

We packed up the bikes and went out to dinner, planning the next few days’ route.  Depending on the weather, we may or may not do any of the off-road stuff we’d planned…like Hatcher Pass and Bella Coola. But we’ll see how that goes. 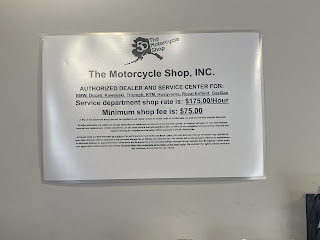 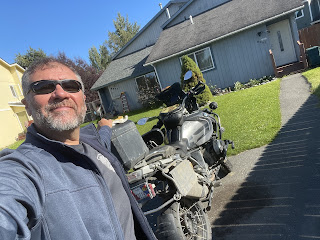 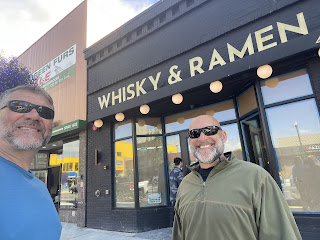 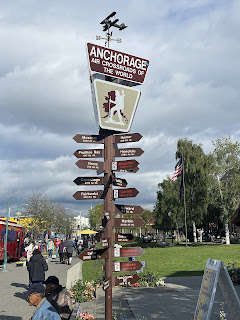 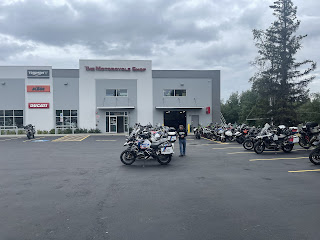 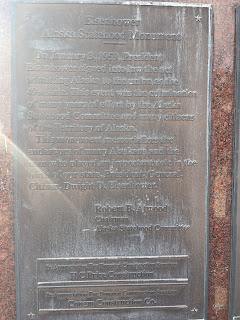 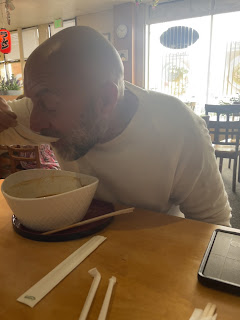 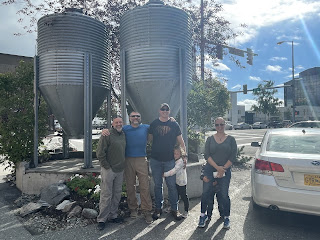