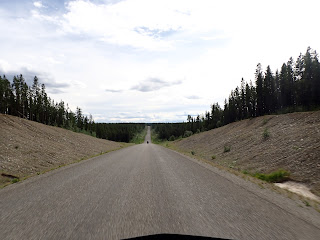 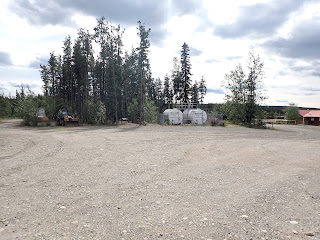 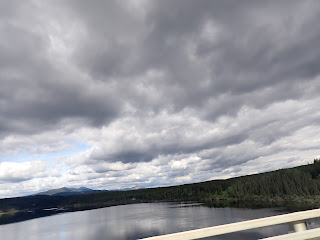 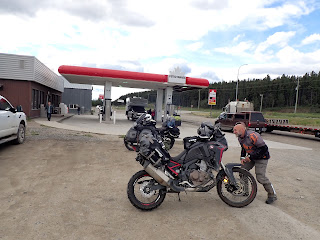 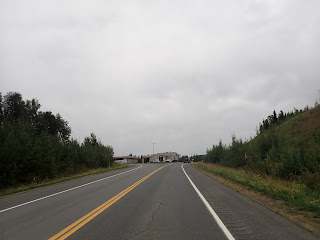 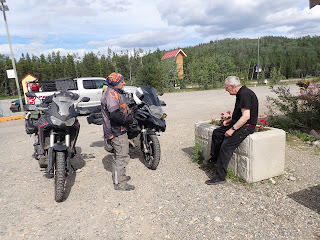 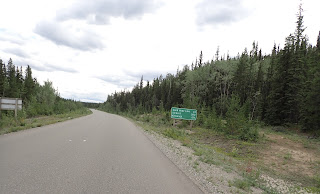 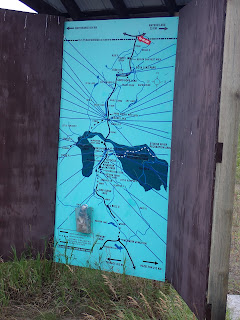 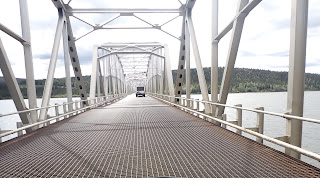 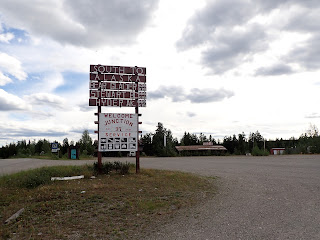 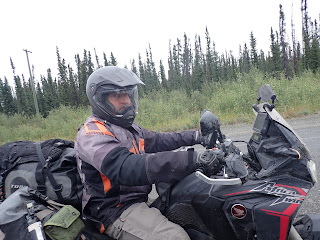 We left Whitehorse under beautiful skies.  No rain predicted and temps in the low to mid-60’s.

Easy ride on the ALCAN Highway, passing by places we’d seen on the way up.

We made it to the Highway 37 cut-off…the Cassiar! We fueled up and ate lunch at Nugget City.  Ah, the memories…

Quick side story: I stayed at the Nugget City campground, at the corner of Highways 1 and 37, when I was here in 2014.  It stared to rain so I got in my tent and was reading.  My tent was moving around quite a bit, which I attributed to the wind and rain, so I ignored it.  I heard lots of yelling from fellow campers but ignored that, too.  A few minutes later, I heard two gunshots.  Didn’t ignore that.

When I opened my tent, a group of campers came running over and told me that a black bear had been trying to get into my tent.  “Didn’t you hear us yelling?,” they asked? They’d called a ranger who’d chased the bear away, then shot it.

When I spoke with the ranger, he told me that they spray paint “problem” bears and relocate them.  If those bears again interact adversely with people, they have to put them down. So, so sad.

Anyhow, I saw the site where that occurred and it brought back that memory.

We headed south on the Cassiar and immediately saw a couple bears, a black and a grizzly up close.  We started to look for a place to stay, either camping or a hotel, and ended up riding to the town of Dease Lake…a 400-mile ride today.  It started to rain just as we checked into a small lodge in town.

Great day of riding.  We passed Marsh, Teslin and Dease Lakes. Each one more beautiful than the next.

We just might make Steward, Canada and Hyder, Alaska tomorrow.

Photos to follow when I find some wifi or decent cell service.