A Down Day in Dawson City

I fell asleep to the sound of rain falling on my tent.  I was out like a glass-jawed boxer.  Wonderful.

I woke to a brisk morning after a great night’s sleep and just stayed in my sleeping bag for a while listening to the sounds of the awaking campground.  Steve had sent me a message earlier stating he’d walked into town.

I met him at the visitor’s center a few minutes later and we found some coffee.  Two coffees and two breakfast sandwiches: $27.  It appears the same dilemma that met prospective miners in the late 1800’s is still plaguing tourists.  Gas is only $9.60 a gallon, though, so that’s something…

We did a load of laundry, tried to navigate the incredibly complex wi-fi process and planned our next couple of days.

We then walked over to Robert Service’s cabin, then a block down to Jack London’s cabin.  They were not here at the same time, missing one another by just a few years.

After, we took a short ride up to the Midnight Dome and the view of Dawson and the mighty Yukon was stunning.

Steve wants to do the Sourtoe Cocktail tonight, so we’re going to eat first then head over to a local saloon where Steve will enjoy Dawson City’s famed drink seasoned with an amputated toe. You’ll have to research it as I’m not going to provide any further info on that.

Tomorrow, I’ll let you know how it went. 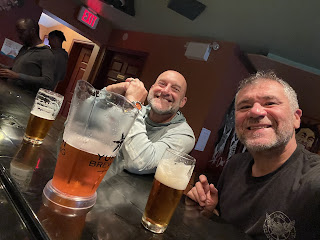 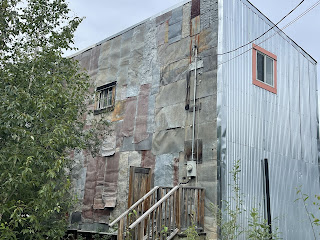 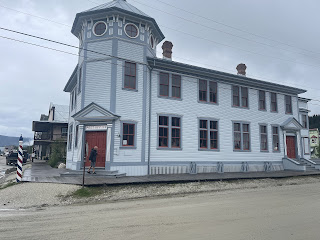 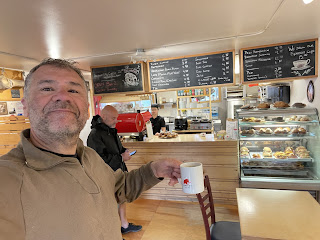 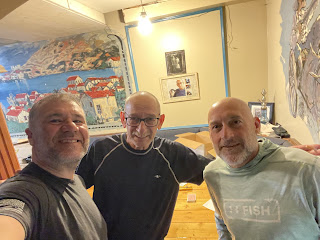 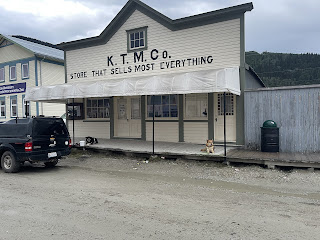 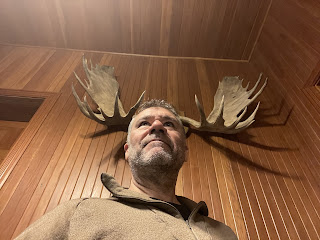 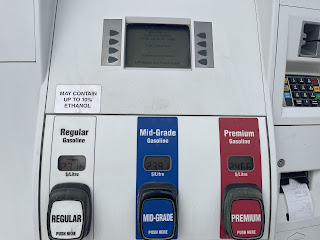 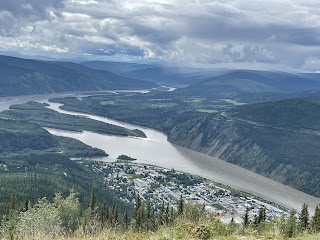 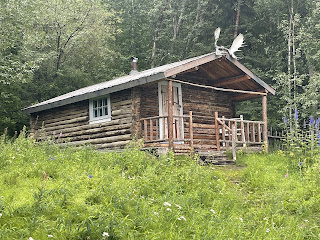 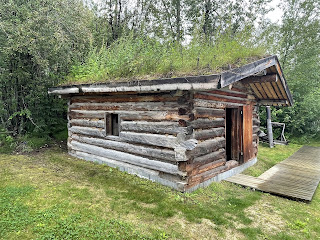 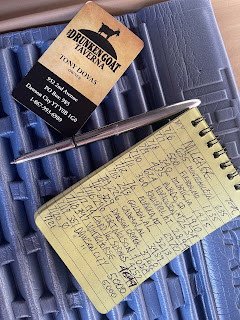 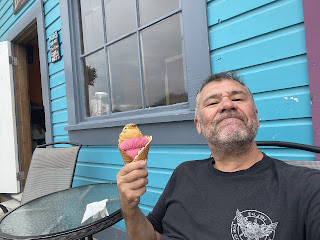 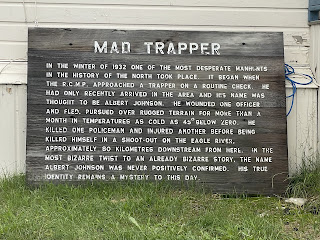 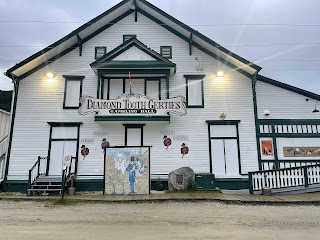 Ah, and by the way Steve did indeed do the sourdough cocktail in Dawson last night!  It was pretty nasty, as the pictures show.  He’s now an honorary member of the Sourtoe Club.  Nuff said. 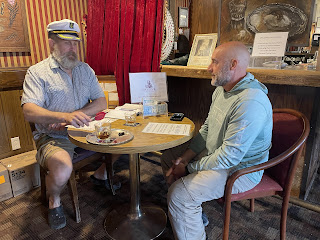 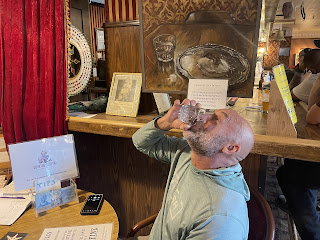 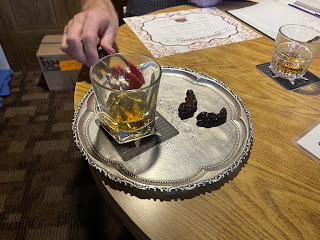 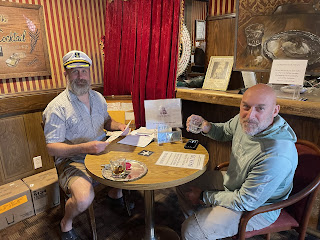 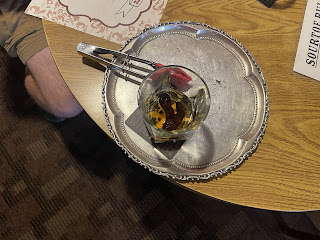 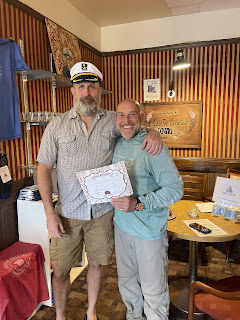 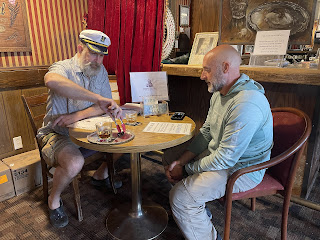