Yesterday, we left Fort Nelson early in order to get to the first-come-first-served camp spots at the Liard Hot Springs Provincial Park. Steve described the 194-mile ride as the most picturesque stretch of highway yet.  And it sure was pretty.  We saw several bison along and ON the road, as well as a dozen mountain sheep congregating on the road.

Two of the notable lakes were Muncho and Summit, just spectacular there in the middle of the mountains.  I don’t recall seeing that shade of blue before.

About mid-way along our route, we saw our new friend Marty parked alongside the road tinkering with his bike.  We stopped to make sure everything was fine—it was, just a loose GPS connection—and we were on our way.  We mentioned that we’d be camping at the Hot Springs if he wanted to share a campsite.  Well, shortly after we arrived and set up camp, Marty and his BMW R100 motorbike came rolling up.

After the bikes and tents were situated, we walked down to the hot springs for a well-deserved soaking.

The last time I was here was about this time in 2014.  For those who haven’t visited the Liard Hot Springs, it’s quite an experience.  It’s truly just a 53-spot camping area and a 1/3rd mile boardwalk stroll to the pools of hot water.   There was a moose nonchalantly feeding in the  marsh off of the boardwalk on our way over.  So Canada 🇨🇦.

The three of us soaked in the 125 degree water mixed with coolness now and again for less than an hour then walked back to the campsite.  We cooked up dinner—stir-fried rice, ramen noodles and Alberta whiskey—then sat around a campfire discussing rides, routes and roads.  It never gets old.

Marty took out a big map of Canada and pointed out some places we should see.  Two other motorcyclists stopped by to say hello and talk rides, routes and roads.

It was still bright as noon when we all climbed into our tents at 10:30.

When we were up and around this morning, the mosquitoes were already swarming.  We packed up the bikes and went across the road to the restaurant/gas station/hotel for coffee and a muffin.

Interesting story: The restaurant offered no hot food as their cook ran off with a trucker a few days ago.  Just like a country and western song.

We said goodbye to Marty and made our way toward Whitehorse.  Along the way we saw dozens of bison—mostly on the road, one black bear and a couple moose.  We also crossed the 60th Parallel.  Kinda neat.

We stopped in Watson Lake for gas, lunch and a walk around the iconic Signpost Forest.  Very cool.  We paid $16 a gallon for unleaded fuel in Watson Lake: Not cool.

While eating Chinese food, I saw an ad for a new motorcycle campground outside of Whitehorse…the Yukon Motorcycle Park, so that was our destination.

We pulled into the campground, which is still under construction, by 5:30, riding 400 miles for the day.  We met with numerous other motorcyclists and ate dinner at the adjoining Wolf Den restaurant.  Bruce, the owner, came over and told us about his plans for the campground, and it really looks to be a popular stop in the near future.

It was still daylight at 11 pm and most of the motorcycle riders —European,  Canadian and American—were gathered around the campfire telling road stories…my favorite part of these rides. 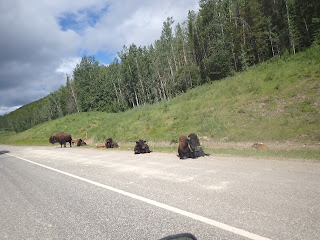 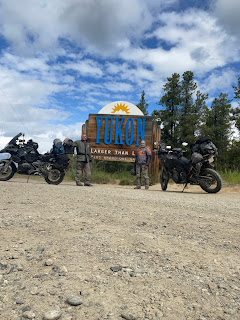 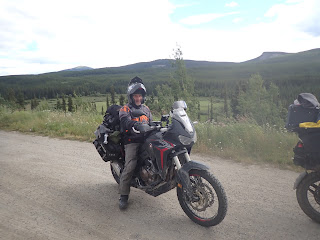 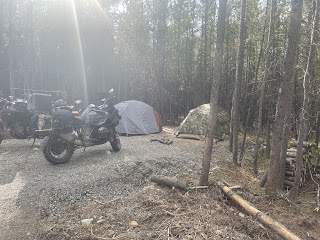 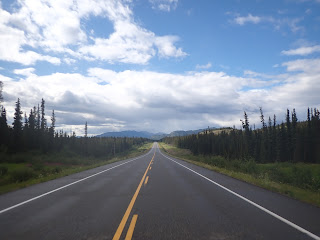 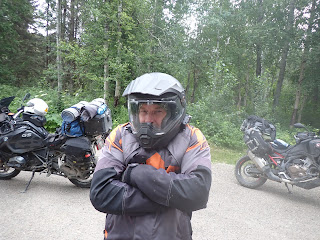 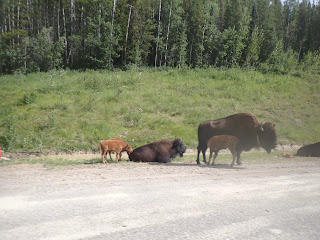 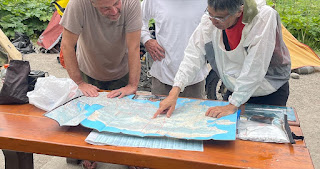 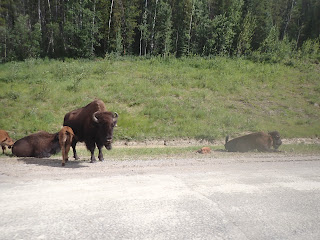 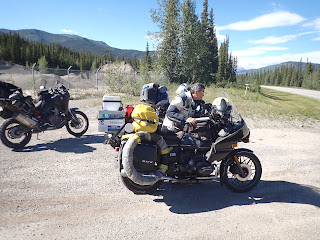 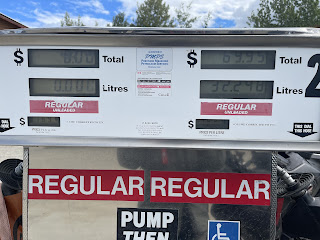 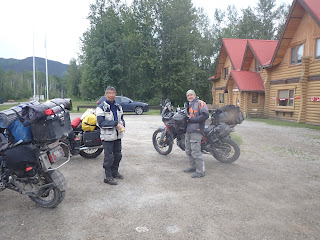 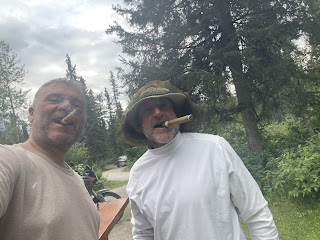 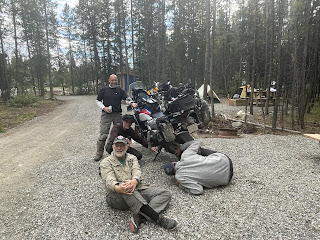 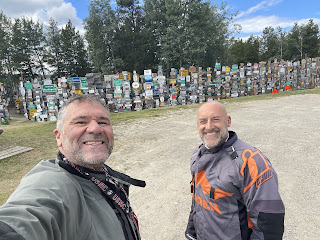 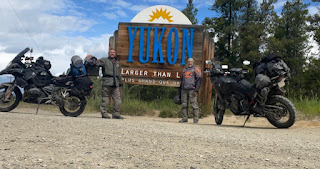 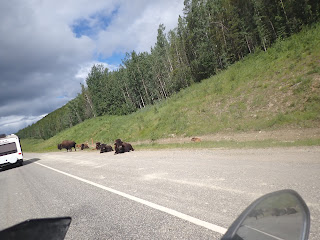 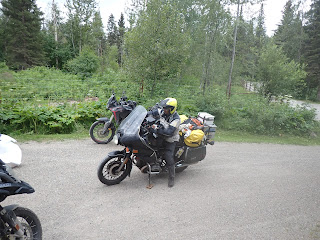 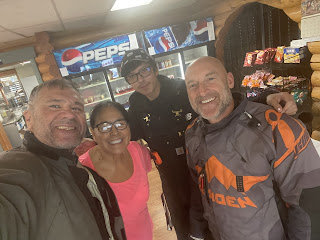