Well, here’s one for the books:  Steve and I showed up at the motorcycle shop in Kalispell this morning just as they opened at 8:30 for our scheduled appointment to have tires installed.  However, when we went in, the service department told us that the tires had been sold to two other motorcyclists yesterday.

As you can imagine, I was pretty upset. And they wouldn’t deal with us at all.  A guy finally came out from the back of the service department and talked to us trying to make things better but I was pretty hot.  As he disappeared, I told Steve I wanted to punch the guy in the face.

So there we were trying to figure out what we could do when all of a sudden I turned around and there was my friend Dave.  Turns out it was all part of an elaborate prank that he’d orchestrated.  Yep, he drove 21 hours from San Diego just to do that to us!

And the whole motorcycle shop was in on the joke and everyone thought it was pretty funny.

I guess in retrospect I thought it was funny, too, but for a few minutes there I thought our ride was going to be severely delayed

Anyhow, it was good seeing Dave and as soon as we got new tires, we went out to breakfast and then we rode up to his friend’s house where we are going to spend the night.

We had a wonderful time with Dave’s friend Kris and his family at their property on a lake here in Eureka, Montana, right at the Canadian border.

We stayed up until midnight talking and planning for tomorrow’s crossing into Canada. That included completing a lot of online stuff that Canada now requires of visitors…mostly COVID stuff.

Yeah, my friends are idiots but I love ‘em… 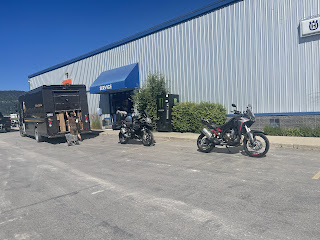 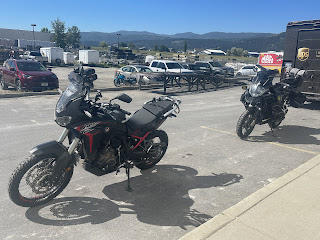 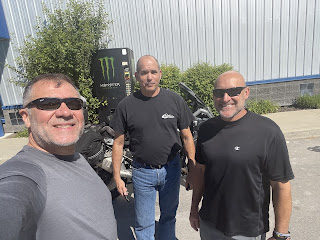 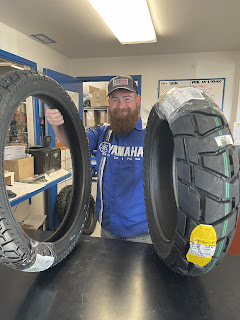 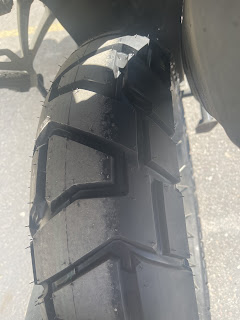 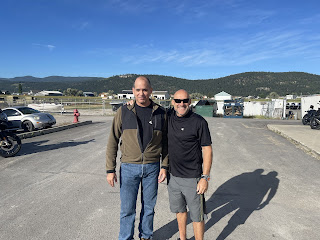 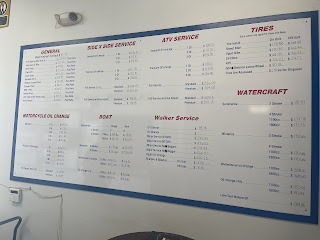 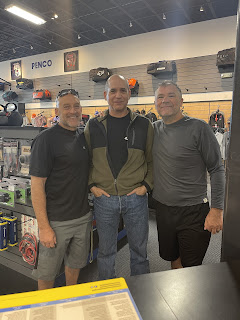 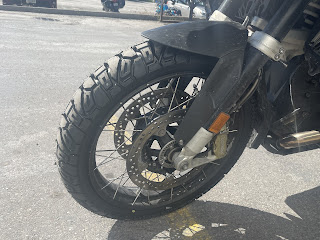 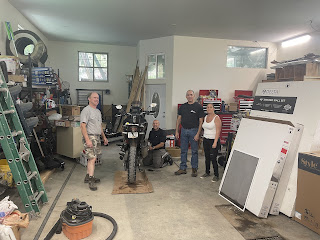 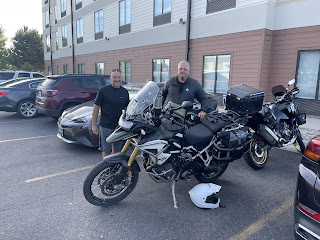 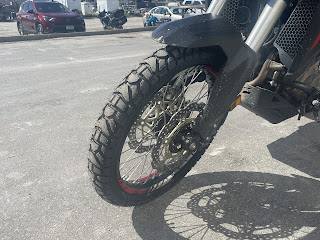 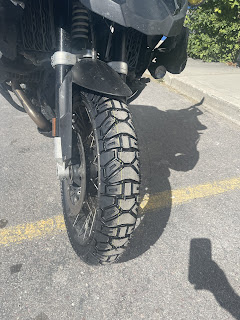 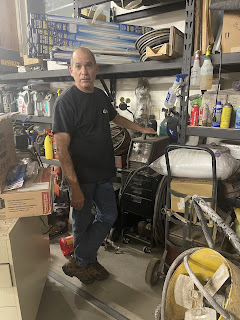 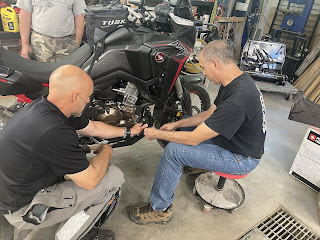 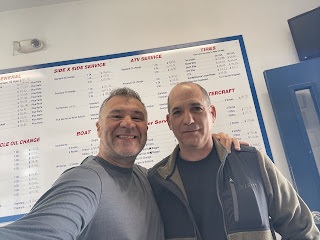 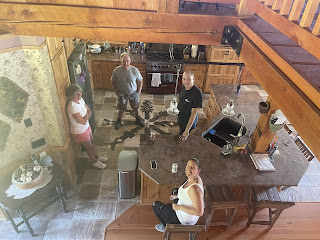